Meet Sarah Shields of Harris Doyle Homes, a BBJ NextGenBHM in Real Estate and Construction for 2021 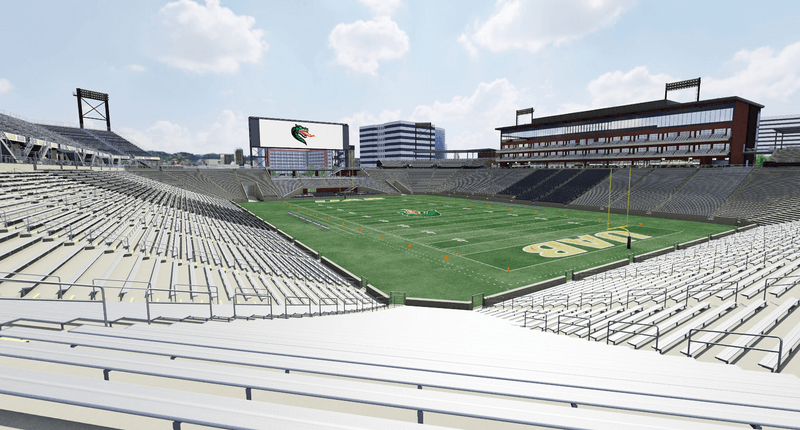 Six Things to Know Before Attending a Game at Protective Stadium in Birmingham, AL

One thing all southerners have in common is their love of football. Whether you’re new to Birmingham metro area or you're native to Birmingham and a die-hard blazer fan, you've probably considered attending a game at the new Protective Stadium. And what better day to attend a game at the new stadium than UAB’s Homecoming game against Rice this Saturday, October 23? But, before you load up and head downtown, we’ve answered a few commonly asked questions to ensure you have a great gameday experience!

What is the size of Protective Stadium?

The $200 million Protective Stadium and home of UAB Football is part of the BJCC's entertainment scene. It includes 45,000 seats, three entrance gates, five separate locker rooms, and a tunnel with the UAB logo.

Where do I park at Protective Stadium?

Fans should arrive early as everyone adjusts to the new Protective Stadium layout. Note, the interstate overpasses and ramps have changed, and there will be a lot of people who haven't used those ramps prior to coming to the game. There are new routes to enter the area that did not exist before the new development. And several paths will be blocked due to gameday pedestrian traffic.

You can park up to six hours before kickoff if you have a parking pass at Protective Stadium; simply follow the directions on the pass. If you don't have one, there will be a number of garages within a ten-block radius of the stadium that can accommodate you. Note, there is a free shuttle service that serves Birmingham Parking Authority Decks 3, 4, and 5, as well as parking along 22nd and 23rd Street, as shown on the map below. The shuttle will operate for two hours before the game and two hours afterward. For your convenience, you can pre-purchase parking HERE. 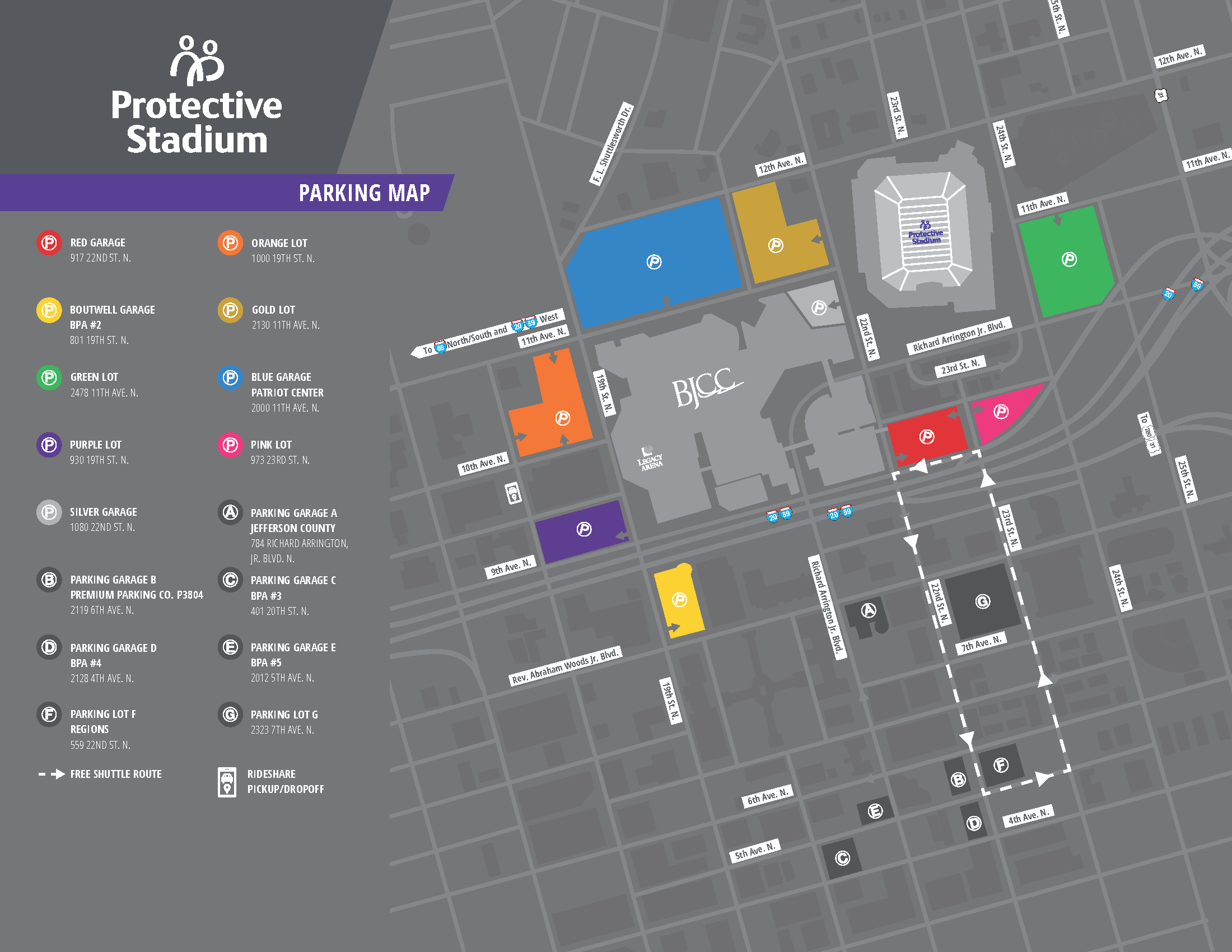 Where can I have all the UAB Blazers pregame fun?

Blazer Village, everyone's favorite, is receiving a facelift for the 2021 season. Fans may take advantage of free interactive games for children, face painting, music, a UAB Bookstore pop-up shop, and other activities. Blazer Village will be located on the L-shaped grass plaza just south of the Uptown entertainment district, making it a convenient game-day destination. The fan-fest area will open four hours before kickoff and shut down 30 minutes before start to enable spectators time to enter the stadium.

And nothing says football season more than a tailgate with friends and family! Set up your tent behind your car, hang your flags, and get the grills fired up. For a list of suggested tailgate supplies and guidelines, click HERE. Season and single-game parking lots will open six hours before kickoff *, and fans are invited to arrive early and hang out at Protective Stadium.

* The only exception will be the early kickoff on Nov. 6, when all sections will open at 8 a.m. in ahead of the 11 a.m. kickoff versus Louisiana Tech.

Doors will open 90 minutes before the Blazers' game. Pre-download your game ticket to your mobile device and enter by one of three gate entrances: south, northeast, or northwest. We recommend entering through the south gate to get a photo in front of the magic mural. 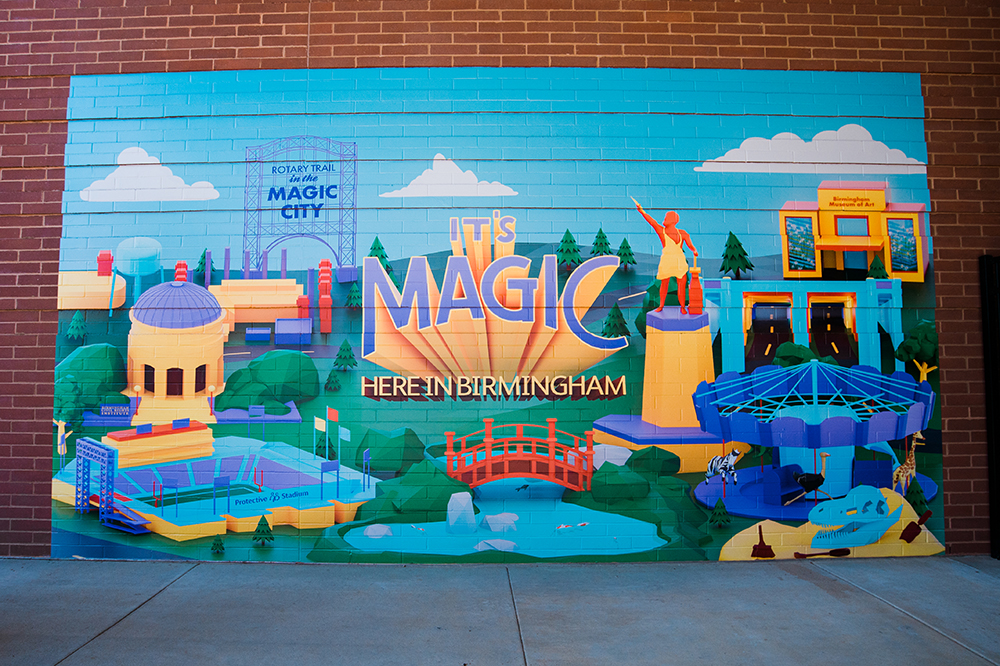 What concessions should I expect while visiting Protective Stadium?

Gameday concessions have significantly improved from the days of Legion Field. Protective Stadium will feature meals from famous food trucks like as Yo Mama's Shrimp & Grits and Broad Street Peaux Boys. Avondale, Back Forty, Cahaba Brewing, Good People, and Trim Tab will also sell beer from local brewers including Avondale and Back Forty. There's a lot to be enthused about when it comes to the concession choices at Protective Stadium. Concession stands accept credit cards only. Click HERE to see all of the delicious food you’ll be enjoying on gameday. 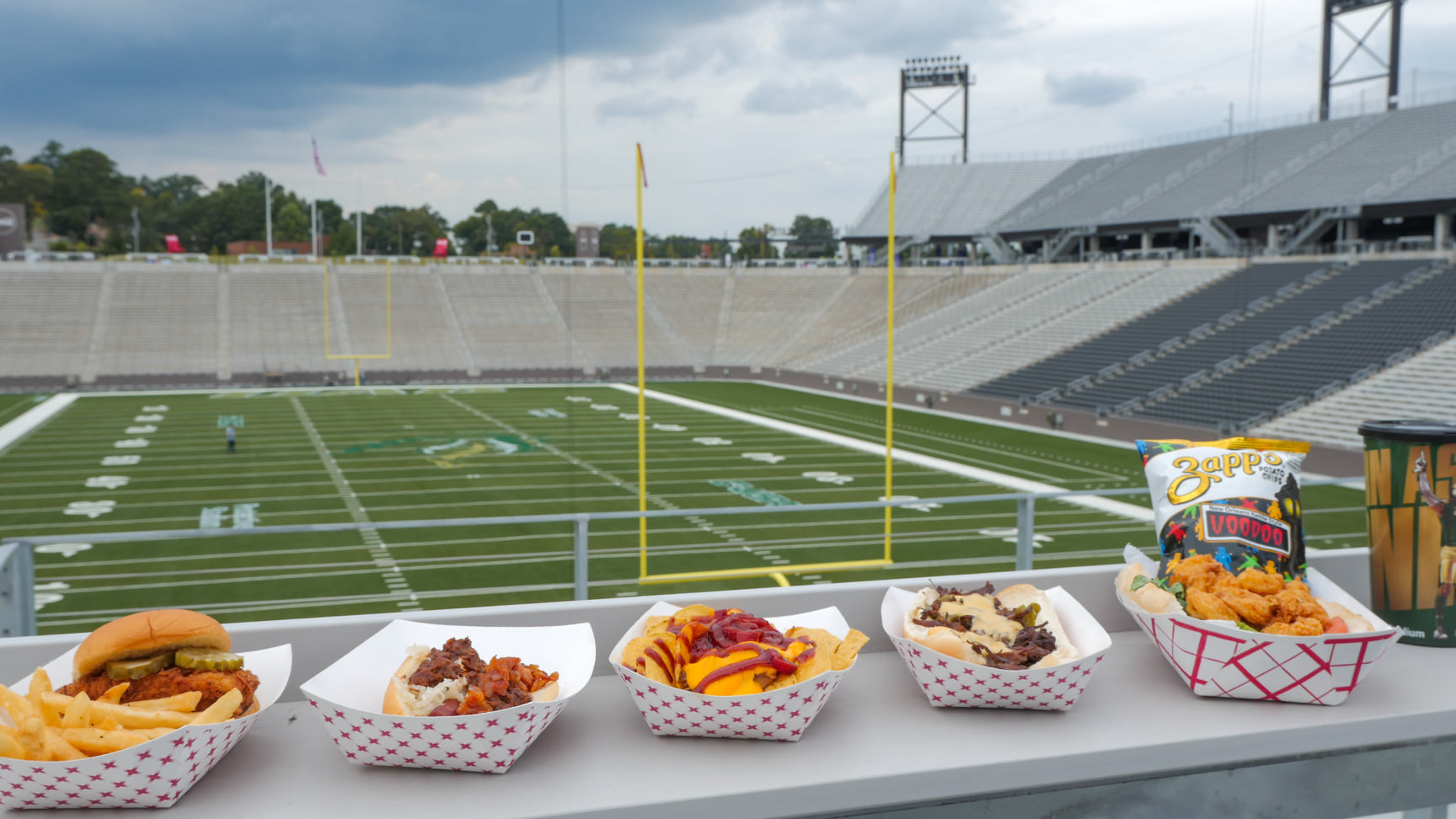 What can I expect from Protective Stadium in the future?

Protective Stadium will also hold the opening and closing ceremonies of the World Games 2022, which will be held in Birmingham from July 7 to July 17, 2022.

Where can I get tickets to a game at Protective Stadium?

Get single-game tickets for all Protective Stadium events HERE. Tickets start at $20. While purchasing tickets in advance is encouraged, tickets may also be purchased at the main box office located at the south gate of Protective Stadium. The box office will open four hours before the game.

As a new home builder in Birmingham, Harris Doyle Homes recognizes the significance of rallying behind and supporting our community. Our Chief Business Development Officer, Brooks Harris, serves on the UAB Athletics Foundation Board. The board was instrumental in reintroducing UAB football and in coordinating the campaign to build the new stadium. We've purchased a Stadium Suite, and a number of our team members will be at the Protective Stadium on Saturday to cheer on our UAB blazers. We hope to see you there as well!

Our models are open! Book an in-person appointment with an onsite agent or schedule a virtual tour!

Ready to Get Started?

Our team is ready to help. Connect with us today and get started on your dream home.